Taking its name from the fictional country in Alfred Hitchcock’s The Lady Vanishes, Bandrika is
Nathan’s recently completed studio in Tarzana, CA. The 8,500 sq. ft. complex is constructed
around the 1928 Barr/Fox Wurlitzer Theater Organ, which lived on the famed Newman Scoring
Stage at Fox Studios from 1928 to 1998. It can be heard in dozens of classic film scores
including The Sound of Music, The Day the Earth Stood Still, The Witches of Eastwick, and
Journey to the Center of the Earth. With 1,366 pipes and a plethora of real percussion
instruments, this organ truly must be heard to be believed. Years after the organ was removed
from Fox in 1998, Barr purchased it from Ken Crome of The Crome Organ Company in Reno,
Nevada, and thus began a 4 year restoration by Crome’s team. Since Bandrika’s opening in
May 2018, the Barr/Fox Wurlitzer has re-entered the world of film music, and can be heard
extensively in Barr's score for Amblin/Universal's The House With a Clock In Its Walls and also
in Danny Elfman's score for Universal's hit adaptation of The Grinch (2018).

Together with Bandrika architect Jeff Soler and acoustician Jay Kaufman, the stage was
designed as a room that both flatters the Wurlitzer’s other-worldly sound and functions as a
stunning scoring stage described by former Abbey Road engineer Peter Cobbin (Dumbo, The
Shape of Water, The Lord of the Rings) as “the best room of its size in the world to record in
right now.” Just two weeks after opening, Bandrika hosted the scoring sessions for Nathan’s
score to The House With a Clock In Its Walls, and the studio’s unique sound continues to
become an ever-prominent element in his work.

In addition to the 1,500 sq. ft. stage, Bandrika features a 510 sq. ft. writing room with 5.1
Bowers & Wilkins monitoring and an upstairs lounge and kitchen area with full view of the main
stage.

Output: In the Studio with Nathan Barr

The House With a Clock In Its Walls - Behind the Score 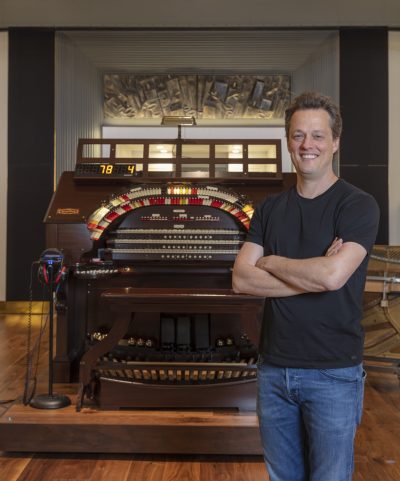 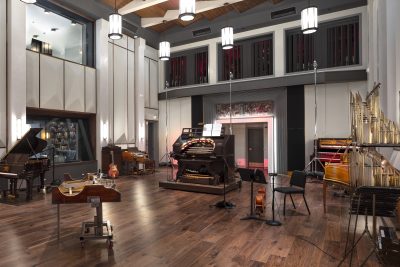 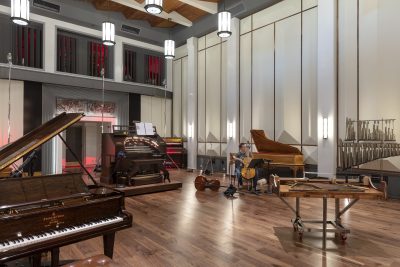 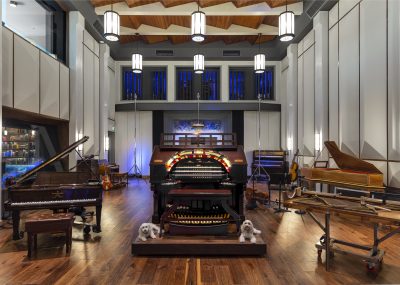 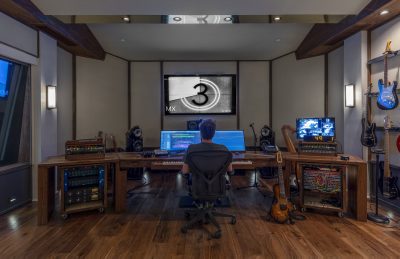 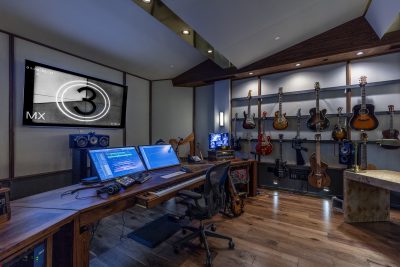 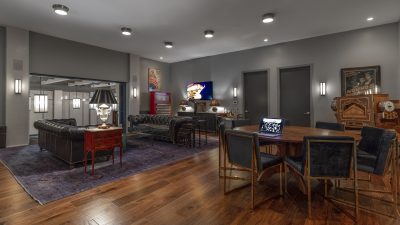 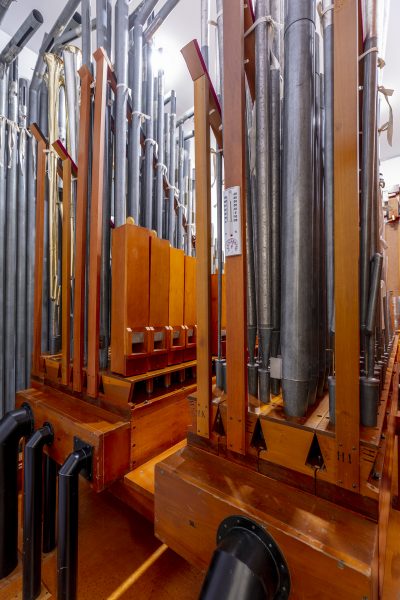 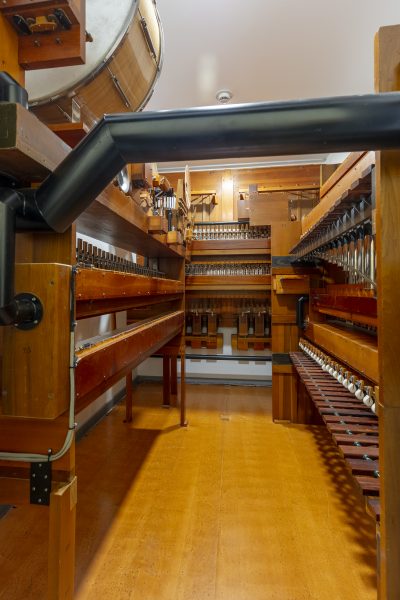 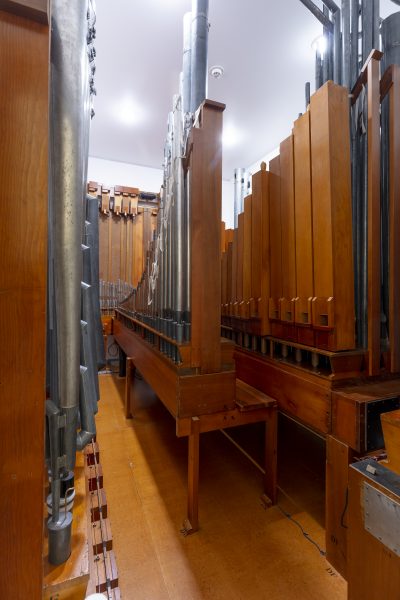 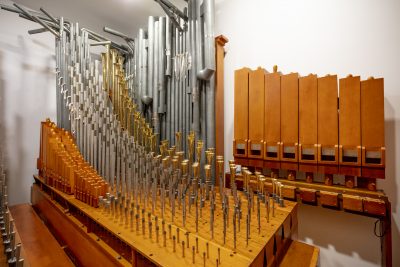 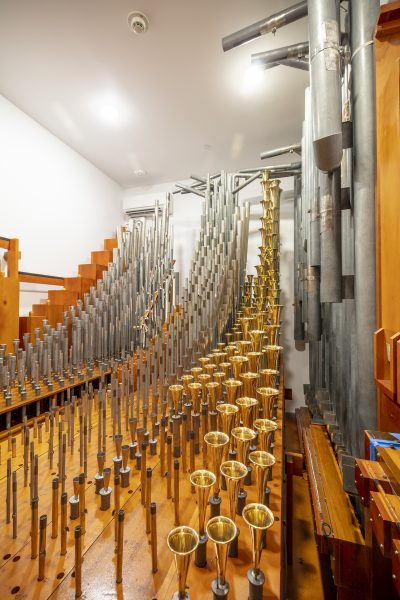 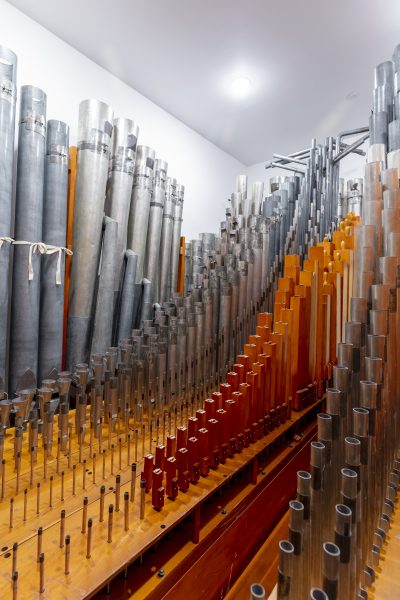 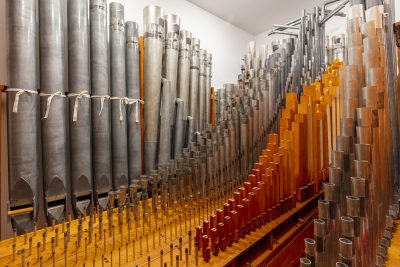 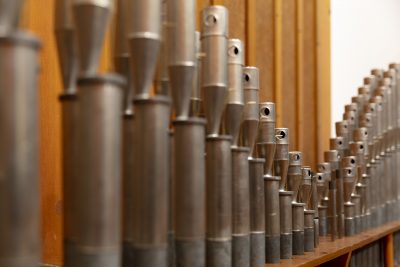 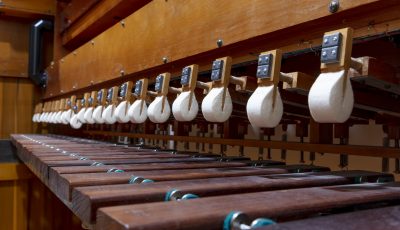 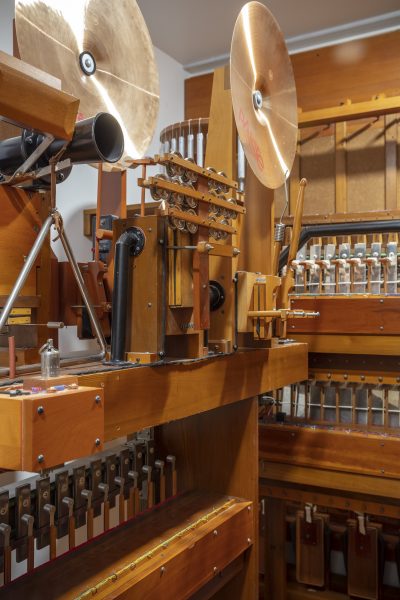